Is this the most boring offseason of all time? Yes, well I guess unless your a Yankees or a Brewers fan. God forbid your one of the 16 Marlins fans in the world, if you are just know I feel for you. But alas Winter is releasing it's cruel grasp on the world and we are only 2 weeks out from Pitchers and Catchers reporting! Of course that immediately starts the all too long Spring Training schedule but hey at least there's no WBC this year so it'll be 5 painful weeks until Opening Day instead of 6! 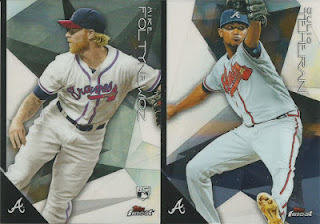 The Braves are loaded with young major league ready talent and that should keep the veteran retreads to a minimum this year. Gone are the Adonis Garcias, Erick Aybars, Bartolo Colons and Jonny Gomes' of the world. Enter Ozzie Albies, Luiz Gohara, Ronald Acuna (maybe not just yet, but soon) and Max Fried amongst other top prospects ready to showcase their talents in the Show. 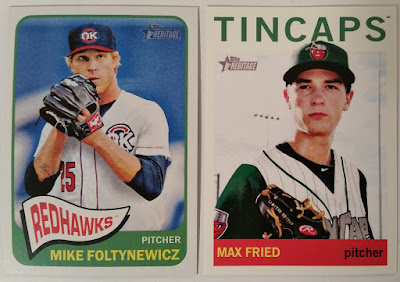 With so many free agents still standing in the unemployment line and the Braves payroll hovering right around $100 million one or two signings could drastically change this outlook but I believe FanGraphs' ZIPs projections had Atlanta as a 79 win team. Not bad but not going to catch the Nats either. Let's take  a look at who will lead us to a glorious 80-ish win season! Playing the Marlins, Phillies and Mets 57 times should help! 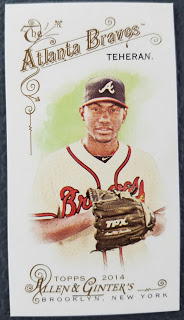 Julio Teheran - The Braves ace and former top prospect has suffered something akin to prospect fatigue at the big league level. Braves fans are a fickle bunch and if they see the words "Number One Prospect" they expect superstar or bust and while a superstar Julio is not he's a 2 x All Star who recently passed Steve Avery in career bWAR. I know, I know Avery had shoulder issues and never got a chance to live up to his potential but the point is Teheran is better than Braves fans would have you believe despite the fact he'll probably never be a true ace. For his contract however a number 2/3 pitcher is just fine. The guy has a career 3.59 ERA (shoot me) and is going to give you a solid start every 5 days.

Mike Foltynewicz - Another former top prospect Folty as he's known around these parts was actually the Braves most valuable pitcher last season recording 1.8 fWAR. Steamer has him projected at 1.6 this year which seems about right, the guy has all the talent in the world as he runs it up to the upper 90s with ease he just has to put it all together. Everyone and their mother wants to ship him to the bullpen to be the "closer" but he's most valuable as a starter and that's where he'll stay for the time being. This will be his fourth season with the Braves, his 3rd as a full time starter so maybe he can turn the corner. Brandon McCarthy - He would've been the Braves best pitcher last year if he were on the team producing 2.4 fWAR. He came over in the MASH unit trade with Kazmir for Kemp and others and should slot in the 2nd or 3rd slot in the rotation. 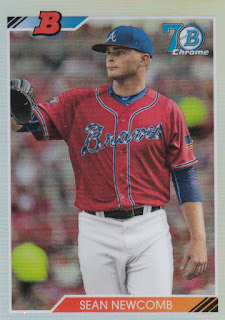 Sean Newcomb - A cold weather arm from Baaaahston, Newk will be entering his 2nd MLB season and seems to have a leg up on the competition for a rotation spot having spun exactly 100 inning last year. Like Folty he has all the stuff in the world but will strike out the side one inning then walk the bases loaded the next. Frustrating stuff but the fact is the guy has only pitched 450 professional innings and like I said was a cold weather arm. Which is why the Braves are still so high on him, I ran into now MLB pitching coach Chuck Hernandez in 2016 when he was the Braves roving minor league pitching coordinator at a backfield game in Lakeland and he was nice enough to answer a bunch of my stupid questions and we chatted for about 5 or 10 minutes about all the studs the Braves had in the minors at the time, out of all them he seemed most excited about Newcomb because of the raw potential. I am really high on the kid and am looking forward to what he does with a full season at the big league level.


This is where it gets tricky.. Luiz Gohara seems to have the inside track for the 5th starter spot after coming up late last year and showing off his ridiculous stuff, he was the hardest throwing LH SP in the major leagues last season after all but he's just 21 and has a stable of horses right on his tail for that very same spot. 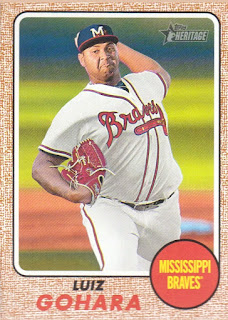 Luiz Gohara - CC Sabathia Jr. makes 99 look easy as can be, and while he "only" has 2 pitches from talking to him after his Florida State League debut last season he actually throws 3 different versions of his slider according to the man himself. A hard slider, a softer version of it and a slurvy version depending on the batter and situation. The guy has barely over a 100 innings above A ball and could probably benefit from some time in Triple A if he were to struggle in Spring but he has as much raw talent as pitcher in the system and clearly has the stuff to put away big league hitters. 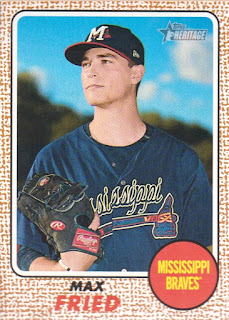 Max Fried - Now 2 full seasons removed from his Tommy John surgery, Fried had a rough start to 2017 in Double A but silenced all the doubters once he made his major league debut and looked great in doing so with 26 solid innings. He then went to the Arizona Fall League and absolutely dominated there, so he'll be coming into Spring Training with all the confidence in the world. While my money's on Touki Toussaint, Fried is not far behind for best curveball in the system and his fastball seems to have returned all of it's velocity. Unfortunately he suffered a few hiccups due to blisters last season so hopefully those don't pop up again.

Lucas Sims - Drafted all the way back in the stone ages - 2012 when men were men by God! Anyways Sims is a starter for now but has been pegged by several publications as destined for the bullpen. After 6 seasons as a full time starter though I doubt the Braves ship him out there just yet especially after he showed flashes last year in the bigs but then again with the guys listed before him and Soroka, Allard, Wright and a whole bunch more on the way it would not surprise me if he didn't head out to left field.


OK I was going to blaze through this tonight but it's midnight so I will make this a 3 parter instead with Position players tomorrow and bullpen whenever the hell I feel like it.